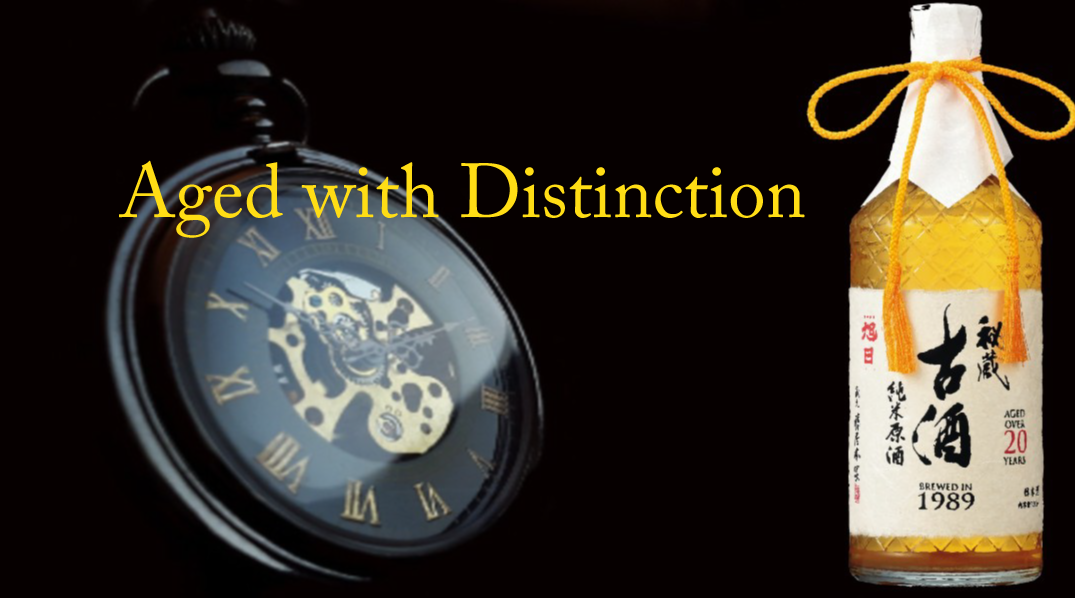 What kind of liquor do you think of when you hear long-term aged liquor? Many may think of vintage wines, vintage whiskeys, or awamori that have been aged for decades.

In fact, sake also has Aged sake. So what is Aged sake or by its Japanese name Koshu?

There are some documents that can be read that Aged sake was actually common before the Edo period, but it has disappeared over time. In recent years, the goodness of the old Japanese sake has been gradually expanding its market size due to the “aging boom” of meat and fish, and it has a lot of potential.

Aging of food is defined as:

“It is a process to improve the quality of food by using naturally contained enzymes or bacterial enzymes to give foods umami and flavor, and to soften them. Aging is also called “nekas”. In English, it is generally called aging. Foods contain proteins, lipids, fibers, sugars, etc., which are slowly changed by enzymes to produce various taste and aroma components and soften tissues. The slower the aging, the better the flavor of the food. Therefore, lower the temperature and add salt and alcohol. In fermented products, after the main fermentation is finished, it is also said to be aged by letting it stand still to taste. This aging process for many things such as sake, beer, wine, miso, soy sauce, vinegar, cheese, fermented products such as salted fish, whiskey, distilled liquor such as brandy, kneaded flour dough (kiji), meat, etc. The quality is improved. “

Koshu is a sake that you can enjoy changing its color, aroma, and taste by aging it for a long time. The “Long-term Aged Sake Study Group”, which was established with the main purpose of popularizing Aged sake and improving its technology, defines it as “sake that has been aged in a sake brewery for more than 3 years, excluding sugar-added sake.”

However, unlike specific sakes, such as Ginjo sake and Junmai sake, there are no strict rules under the Liquor Tax Law. Also, in Japan, there are only a limited number of sake brewing companies that manage sake as Aged sake, but sake that has been aged for a long time under its own rules and definitions is called Aged sake so the aging period varies depending on the sake brewery and brand. Some Aged sake has an aging period of 2 years, and some has an aging period of 10 years or more, and some have been slowly aged since the 1965s.

Aged sake can be broadly divided into three types, “rich type”, “intermediate type”, and “lightly aged type”, depending on the type, aging method, and age.

・ Light-ripened type: Ginjo sake, Daiginjo sake. The aging temperature is low temperature aging. Aged sake with a wide and deep taste that retains the goodness of Ginjo sake, but has a moderate bitterness and aroma. 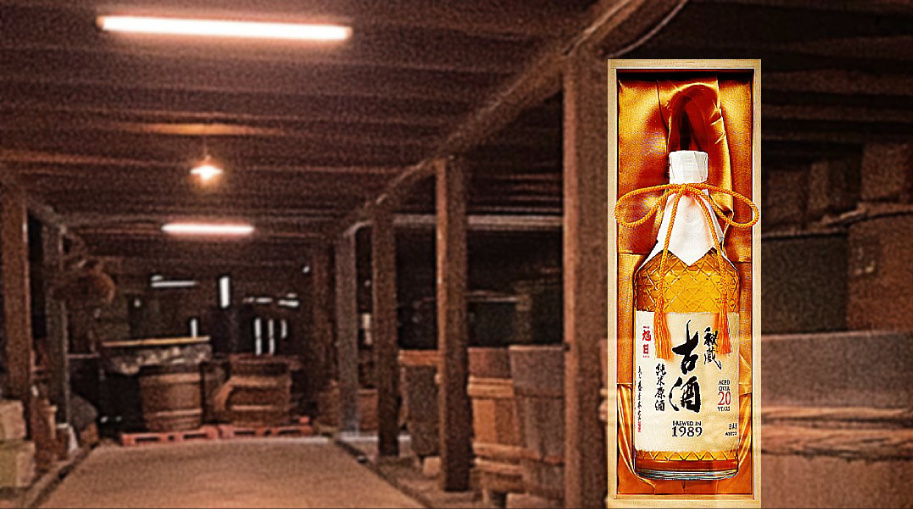 Taste that changes with aging

As the Aged sake ages it changes to a completely different taste from that of new sake. The biggest difference from new sake is the characteristic aroma called “aged aroma” and the “color” that can be said to be amber.

The aged aroma is like a ripe fruit and increases as the age of aging increases. Some people may feel that the scent is too strong, so it is recommended that you choose one that has been aged for a short time before you get used to it.

Aged sake can undergo surprising changes in the brewery during long-term storage. For example, by aging a sake that has a rough taste, it becomes amber and the aroma becomes sweet and rich, resulting in a smooth mouthfeel while maintaining the good balance of sweetness, sourness, and umami that make up sake, it will change to a deeper taste as it ages.

Taste that changes with drinking temperature

You can also feel the change in taste depending on the temperature range when drinking. For the light-ripened type, cool it to about 10 to 15 degrees. The rich type and intermediate type can be enjoyed at room temperature.

Furthermore, when it is heated, the aged aroma and rich taste unique to Aged sake spreads. We recommend hot Aged sake at 40-45 degrees. On the other hand, if you feel the aged aroma is too strong, try chilling it a little.

The unique taste of Aged sake can be enjoyed even more when combined with rich dishes. Among them, the rich type is a fatty dish such as pork stew, eel, and foie gras, the intermediate type is a dish with characteristic acidity and sweetness such as vinegared pork and beef shabu-shabu, and the light-ripened type is a delicious dish such as gratin and cheese. It is a good match.

Please come to know the charm of Aged sake.