Ever since Nestlé Japan released the world’s first-ever Sake KitKat back in 2016, the chocolate giant has been infusing KitKats with other popular Japanese tipples, including plum and yuzu liqueurs.

Produced under the supervision of former Japanese soccer star and now accomplished sake connoisseur Hidetoshi Nakata, these premium alcohol varieties have proven to be hugely popular, and now Nakata is bringing a new flavor to the lineup — Yoghurt Sake. 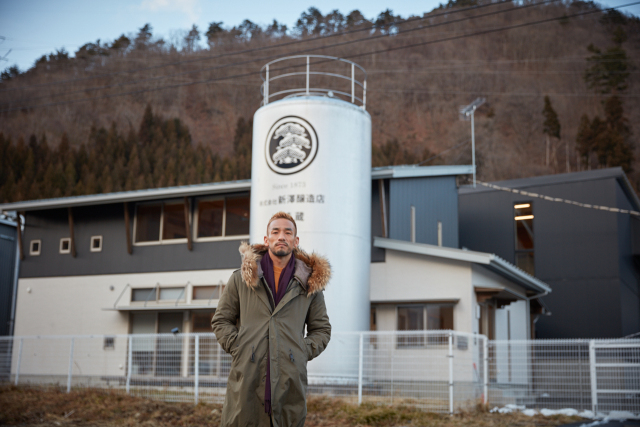 For this new release, Nakata travelled north to the Niizawa Sake Brewery, founded in Miyagi Prefecture in 1873, saying he wanted to introduce the world to new possibilities for Japanese sake that are not yet well-known.

What he’s introducing certainly isn’t well-known, as it’s a rice wine made with super rich Jersey yoghurt. Said to have “an exquisite balance between the astringency and sweetness of yoghurt and the refreshing sharpness of sake”, the alcoholic beverage brewed by Niizawa is said to pair well with chocolate.

▼ Niizawa’s fifth-generation president, Iwao NiizawaIwao, has been making the Yoghurt Sake since 2010. 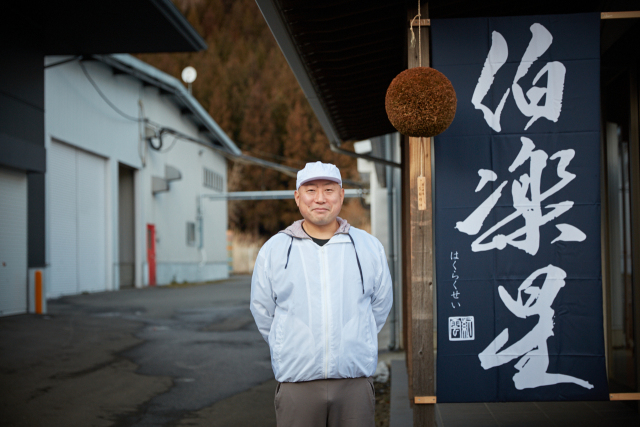 The joint collaboration between the brewery and Nestle Japan aims to introduce the yoghurt sake to a much wider audience, as this rice wine can only be transported at temperatures lower than five degrees Celsius, making it relatively rare. At higher temperatures, there’s a risk of fermentation continuing in the bottle, which means bottles could explode, making exports difficult.

These restrictions around distribution make it a very hard-to-get local tipple, even in Japan, but now it can be enjoyed by people worldwide in the form of a KitKat called the Yoghurt Sake KitKat. 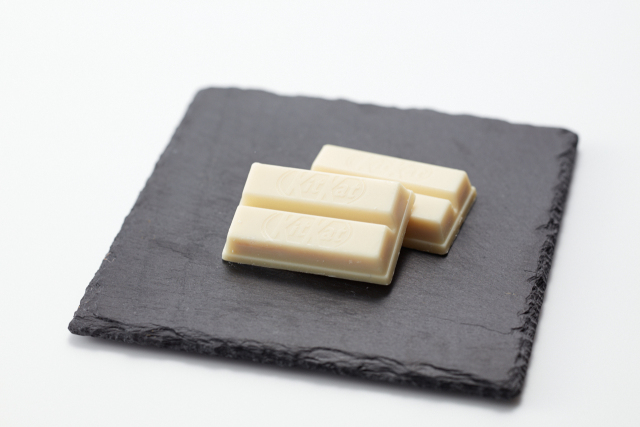 The sky-blue packaging is said to recall images of a jersey cow eating grass under a blue sky, while also expressing the refreshing feeling you get from enjoying the taste of yogurt. 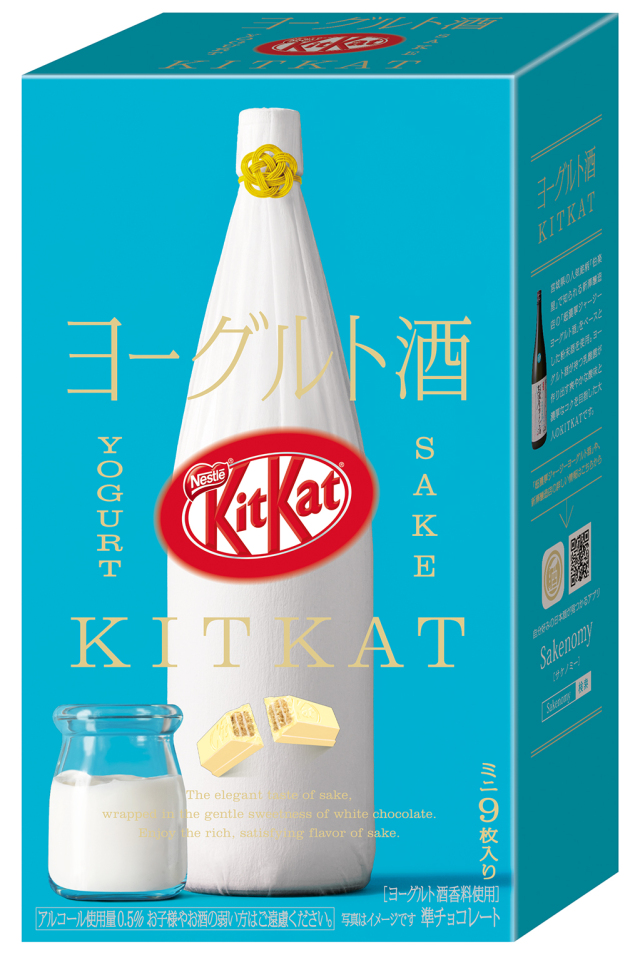 The Yoghurt Sake KitKats are said to taste like more than just yoghurt, with the aroma and flavor of Japanese sake also well pronounced. The new KitKats will be joining other premium sake-flavored KitKats on souvenir store shelves nationwide from March 16, with each nine-piece box retailing for 700 yen.

Now there’s a new alcoholic KitKat to add to our souvenir wishlist.

▼ Nakata is at the helm once again for this new release.

Yuzu is a popular Japanese citrus with a deliciously unique sour flavour that’s said to taste like a combination of grapefruit and lime. That’s not to say that it truly tastes like either of those things, though, as yuzu is unique, and its flavour is so adored you’ll find it in everything from teas and marmalades to spicy pepper and soba broth.

Koichi Prefecture is the country’s largest producer of yuzu, and it’s also home to one of Japan’s best yuzushu varieties, created by local brewery Hamakata Shoten.

While many yuzushu liqueurs are created with a white spirit base, Hamakata Shoten’s yuzushu is made with a sake, or Japanese rice wine base. This gives the drink a richer and more complex flavour that lifts it way above other competitors on the market.

Bijofu’s mix of sake and freshly squeezed yuzu juice has a sweet and tart, zesty, refreshing flavour, and this is exactly what the new KitKats will taste like. Their special recipe will be kneaded into the wafers and their white chocolate coating to create a KitKat that’s both sweet and sour, and packed with yuzu flavour.

To find out more about the story behind the new KitKats, and Nakata’s involvement in the project, take a look at the video below, which comes complete with English subtitles.

Unlike the other two alcoholic KitKats in the Premium Sake series, the Yuzu Sake Kit Kats come with a slightly lower alcohol content of 0.2 percent alcohol. This gives them such a smooth flavour that even those who haven’t tasted yuzushu will fall in love with them.

The new KitKats went on sale at souvenir stores around the country on 5 September, and as they aren’t a seasonal or limited-edition variety, each nine-piece box will be available to purchase year-round at a retail price of 700 yen (US$6.50).