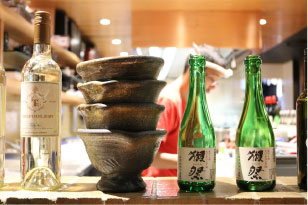 What Is Japanese Sake?

The national beverage of Japan, sake (pronounced “sah-KAY”) is a fermented rice wine that has been enjoyed since at least the 8th century CE, though some historians believe it was consumed hundreds of years earlier. It is brewed using highly polished sake mai rice, water, a mold called Aspergillus oryzae (also used in the fermentation of soy sauce), and yeast. Fine sakes are aged for a year or more, and most variations have an alcohol by volume content of between 15 percent and 20 percent alcohol by volume. (Strong undiluted sake, called Genshu, might have an ABV of 20 percent plus.) 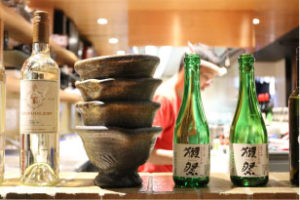 As for the hot/cold conundrum, the simple rule of thumb is that higher quality sakes should be served slightly chilled, while cheaper sakes should be warmed up. Cooler temperatures (45 degrees or so) allow the full flavor profile of the sake to emerge. A cheaper sake with a rougher flavor profile (think sweeter and fruitier) benefits from warmth because some of the off notes are less easily discerned.

Unlike with wines, however, sake temperature is by and large a matter of personal preference. As long as you don’t chill it below 40 degrees or heat it above 105 or so, you’re not doing it wrong.

There are myriad types of sake out there, but the majority are divided into two categories. These are Ordinary Sake, which constitutes the bulk of the beverage, and Special Designation Sake, of which there are eight different varieties. The different designations reference the amount of polishing the rice has gone through, in addition to a few other elements.