Here we help you understand Japanese sake, the national beverage of Japan; it is one of the world’s most complex and beguiling drinks. Its history dates back more than 2,000 years, to when rice cultivation was brought to Japan from China. The Chinese introduced the indispensable technique of using the mold Aspergillus oryzae to convert the starch in rice grains into fermentable sugar. Historically tied to the Shinto religion and agriculture, sake was used as an offering, and the drink continues to play a symbolic role at festivals and weddings.

While the early forms of sake differ greatly from modern versions, the brew became more refined around the 8th century. At the time, sake making was controlled by the Imperial Court. Later, shrines and temples became brew sites before commercial producers took over. By the Edo era (1603-1867), the sake industry was thriving. Many of the techniques developed between the 12th and 17th centuries are still used today. Premium sake, such as ginjo, has only been around since the 1980s. Modern Japanese sake is typically clear, with flavor profiles ranging from sweet and fruity to earthy and toasty.

Sake is made from rice, water, koji (steamed rice inoculated with Aspergillus oryzae) and yeast. Some varieties of premium sake also include a limited amount of distilled brewer’s alcohol. Sake is brewed like a beer but drinks like a wine.

Sake rice is distinguished by a large core of starch at the center of the grain. More than 100 strains of rice are used in sake production, but the three main varieties—Yamada Nishiki, Gohyaku Mangoku and Miyama Nishiki—make up roughly 75% of sake rice cultivation.

Production begins with rice polishing, which exposes the starchy, white heart of the rice grain. Because fats and proteins in the outer layers can lead to off flavors during fermentation, highly polished rice tends to yield cleaner, more delicate and fruity styles of sake. Rice is first washed, soaked and then steamed to make koji—a key ingredient that takes around two days to prepare. Aspergillus oryzae spores are sprinkled over the warm rice, releasing enzymes that break down starch molecules into sugars as the mold grows over the grains. The finished koji is then mixed with plain steamed rice and water in a small tank to create a yeast starter.

After transferring the yeast starter to a larger tank, three additions of steamed rice and water are added over the course of four days. The bubbling mash is then fermented at low temperatures for up to four weeks. When fermentation is complete, the sake is pressed to remove the lees (a byproduct of fermentation) before bottling.

Sake is classified according to the production techniques or ingredients used. The grades of premium sake are determined by seimaibuai, or rice polishing ratio. For example, if a sake has a polishing ratio of 80%, that means the outer 20% of the rice grain was milled away.

Junmai-shu, which literally translates as “pure rice sake,” is made with only rice, koji and water—without the addition of distilled alcohol. It’s commonly robust and juicy. Previously, sake in the junmai-shu category had to have a polishing ratio of 70% (which means that the outer 30% was milled away), but now any degree of polishing is allowed.

Honjozo has a seimaibuai of at least 70%. A small amount of distilled brewer’s alcohol is added to create a lighter texture—not to increase yield. Classic honjozo is dry and can be extremely enjoyable warmed.

Ginjo sake is made with rice polished to at least 60%. It’s refined, with fruity and floral notes in the nose and on the palate. Brewer’s alcohol is added to ginjo at the end of the brewing process to bring out aromas and flavors, but junmai-ginjo doesn’t contain added alcohol.

Daiginjo is the highest grade of sake (and often the priciest). The rice used must have a minimum polishing ratio of 50%. These elegant brews are typically aromatic and fruity with a touch of sweetness. “Pure rice” junmai-daiginjo tends to be fuller-bodied than its non-junmai counterpart.

Futsu-shu, or “regular sake,” is akin to table wine and accounts for around 60% of Japan’s sake market. It’s usually made from table rice and can contain added organic acids and sugar, as well as considerable amounts of brewer’s alcohol. Although less fancy than its premium-grade cousins, there are several tasty brews in the futsu-shu grade that offer great value for everyday drinking.

Nigori-zake refers to cloudy brews, which can range from lightly hazy to almost chunky, depending on how much of the lees are left in the sake. Some varieties of sparkling sake fall into this category.

Nama-zake refers to unpasteurized sake. Sake is normally pasteurized twice—once before bottling and once before shipping. Skipping this step tends to result in fresh, green and sometimes yeasty aromas. Nama-zake should be stored in the refrigerator.

Muroka means that the sake has not been charcoal filtered prior to bottling. Charcoal filtering removes color and reduces off flavors and aromas. Muroka brews are often robust and full-flavored with an amber tint.

How to Enjoy Sake

Sake is a wonderfully versatile drink. It’s one of the only alcoholic beverages that can be served piping hot or frozen like a slushy. In general, highly aromatic daiginjo- and ginjo-style sakes are best served chilled like a white wine, about 59℉. Some of these elegant brews work well slightly warmed, to 95℉, but fruity daiginjo tends to fall apart at higher temperatures. Drink sparkling sake like Champagne, chilled to around 50℉. For a summer treat, try freezing a bold, fruity nama-zake or a sweet nigori-zake.

If you want to enjoy sake warm or hot, subtle aromas in ginjo, junmai, honjozo and futsu-shu are brought out when it’s heated to a range of 104 to 113℉. A temperature range of 113 to 122℉ works especially well for high-acid junmai brews with flavors of toasted grain, as well as dry honjozo and table sake. Very full-bodied brews with earthy flavors can be delicious between 122 and 149℉.

Umami is sake’s superpower. Thanks to its high levels of amino acids, sake pairs with a wide range of foods. It’s the perfect match for fermented ingredients like cheese and miso, as well as umami-rich shellfish. Fragrant and floral daiginjo makes a lovely aperitif, but fuller-bodied junmai-daiginjo can also work well with vegetable dishes such as spanakopita or starters like sashimi. Toast with a glass of sparkling sake or serve it at the end of the meal with strawberries and white chocolate. Crisp honjozo harmonizes with simple fish dishes and light seafood fare. Herbal and fruity ginjo and junmai-ginjo styles pair with oysters and heartier seafood dishes like Lobster Tails with Drawn Butter, or cured meats like Parma ham. Full-flavored nama-zake is a match for Tomato Salad with Lemon-Basil Vinaigrette or BLT Pizza, while juicy junmai-shu pairs with fried calamari, Roast Salmon with Chimichurri Sauce or grilled chicken. Robust and earthy junmai-shu made with less polished rice works with Texas barbecue, blue cheese or Mushroom & Butternut Squash Lasagna. Slightly sweet, lightly cloudy nigori-zake has an affinity for dishes like Spicy Thai Melon Salad.

Sake has been around for thousands of years, but with quality and variety at an all-time high, there’s never been a better time to indulge in the Japanese brew. The complex and labor-intensive sake-making process yields an array of styles that pair beautifully with diverse cuisines. It’s delicious both hot and cold—and at every temperature in between. There’s literally a sake for every season, and a sake to match every occasion. 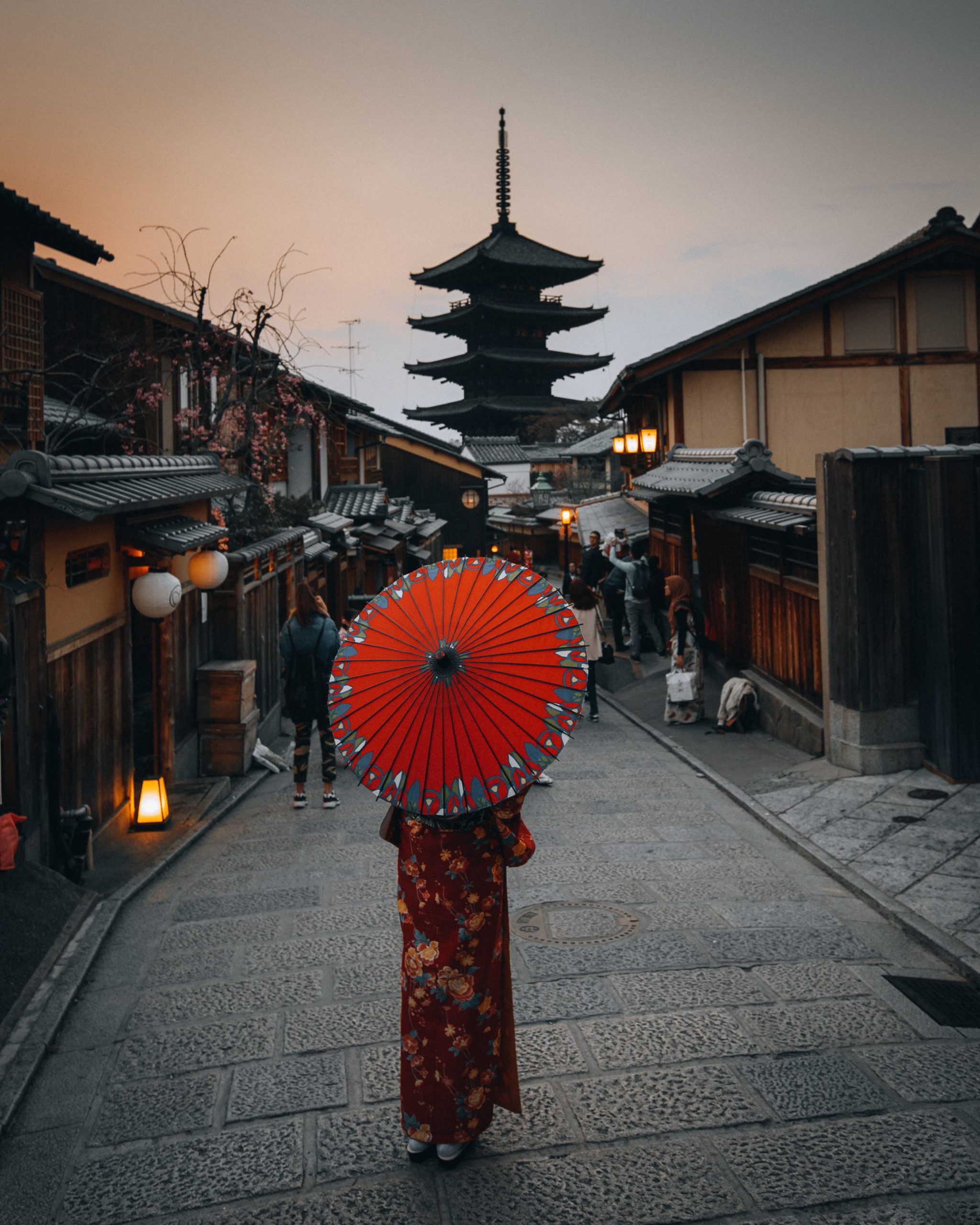