UK export value has doubled over the last 10 years, however due to COVID export value fell from 2019-2020 by around 2,000,000 GBP. This decrease was expected and given the Olympics and tourist travel soon (hopefully) opening up again, Sake sales are expected to rebound and grow in the following years.

With Sake still a niche product accounting for only 0.01% of total alcohol sales there is room for growth to bring Sake more mainstream. This will be made possible by market education, increasing the range of Sakes available for import and increasing the number of retail stores where Sake can be purchased.

Premium Sake is the biggest seller in the UK accounting for 80% of total Sake sales. The average UK price for Sake is 35GBP and is a barrier to making Sake a more mainstream alcohol when compared to wine; however it is comparative to specialist alcohol beverages.

The Sake market in the UK

Japan is looking to increase Sake export sales in all global markets and the UK Sake market is no exception. With domestic demand unfortunately falling, Sake export businesses are finding new ways to introduce imported Sake to the UK palate. It would be wise to note that Sake, although it is becoming more popular and well-known, there is still no BIG Sake trend. However businesses are seeing the growth. The United States is the biggest importer of Sake globally, followed by Hong Kong and China. The UK remains a main target market in Europe due to the high alcohol consumption. In 2017, UK Sake imports reached another record high in 2017 at 54.5 billion and Sake distributors have strong expectations that this growth will continue.

In the UK restaurateurs, bar owners, and entrepreneurs have noticed this significant rising demand. They are looking at ways to educate the market and further drive growth. Sake cocktails are becoming trendy in London’s bars, different temperature Sake is a new development in the UK as bars and restaurants encourage drinkers to try different Sake; Sake bars are opening and becoming popular, especially among the younger generation keen to try something new and exciting. Supermarkets are now stocking popular chain Sake brands (lets hope they delve deeper into True Taste Sake!). And historically Sake import and distribution in the UK was handled by a small number companies. Now there are new players; Sake distributors like SakePortal have the advantage of  Japanese and English staff and are using this advantage to target the Sake market in the UK.

The UK Sake market is expanding, as most trends do, from the major cities. A lot of the impetus in the UK’s Sake market is coming from London and spreading into the suburbs and smaller cities: slowly but gradually. 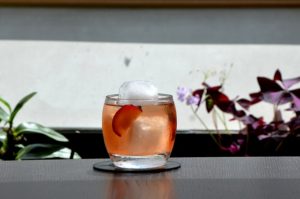 ….Is that Japanese Sake is an acquired taste and is only consumed with Japanese food.  Although yes, like most alcohol, Sake needs to be tried more than once but the idea that it can only be eaten with Japanese food is now a misconception. Sake breweries in Japan and UK bars are now on a big push to show that Sake matches with all foods, Western, Asian alike. Many experience Sake by visiting Japan or in UK Japanese restaurants, however Japanese restaurants in the UK deliver a very limited range and focus on the main name “commercial brands”, whereas there are many Artisan small breweries in Japan that each brew their own distinctive flavour profiles which unfortunately rarely make it overseas.

The recent London Sake Week encouraged visitors to try Sake at restaurants across London and encouraged the b2b UK Sake import sales. Attending an event was Hirohisa Ichihashi, director of the food division at the Japan External Trade Organization.

He said that Japanese Sake, “is still a little unfamiliar and unknown to most consumers” in the UK and the higher-than-average cost per unit (when compared to beer and wine) is a distinct disadvantage, but Britain’s relatively high alcohol consumption makes it an attractive market.

Rie Yoshitake, a representative of the Japan Sake and Shochu Makers’ Association in Britain, agrees that Sake can be drunk with all kinds of food, she said: “We have a very famous saying in Japanese that Sake doesn’t get into fights with food….Japanese Sake is very forgiving,” Yoshitake said. “It can pair with everything from seafood to rich beef, and even fish and chips!”

For an overview of the global export and import of Sake market please check here.