Is the Australian Sake market a key target for Sake exporters?

Demand in Japan for Japanese Sake has (unfortunately) been decreasing recently, partly due to changing palates of the younger population and because of the increase in popularity of wine, and more recently Craft beer. Statistics from the Japan Sake Brewers Association show domestic consumption of refined Sake fell to 664,000 kilolitres in 2007, down almost 60 per cent over a ten-year period compared to 1997; this represents around a 40 per cent levelling off from the peak of 1975 (1.675 million kilolitres). However global demand for imported Sake has steadily risen as Japan becomes more open and with the global spread of Japanese culture and food. Australia is no exception. Australians have a love for Japan and 550,000 visited Japan in 2018 and Australia is one of the most popular country for Japanese people to live. Japanese yakitori, ramen, sushi and yakiniku restaurants are opening at a rapid rate and with that comes the natural increase in demand for Japanese Sake. So, the Australian Sake market should be a target for Sake distributors.

While the Australian Sake market is still relatively small in comparison to other countries, maybe surprisingly the Sake import market was the second fastest growing market globally in 2018, with total Sake imports up 13 per cent to about $5.7 million. This has been noticed by both the public and private sectors which have recently been very active in pushing Japanese sake.

Recent Sake events have helped the understanding of consumers and break down these barriers. There is now a Sake matsuri (festival) hosted in Melbourne and Sydney that attracts over 60 different kinds of Sake that allows visitors to try both new and traditional styles of Sake, from fine Junmai Daiginjo, Namazake, umami rich Junmai, to flavoursome aged Koshu nihonshu.

With the cooperation the Japanese export trade organisation, JETRO, Sydney hosted the first Japanese food PR booth at Fine Food Australia—Australia’s largest foodservice exhibition. The booth actively promoted Sake with Sake sampling and advice for businesses on PR strategies for Sake to increase sales and grow the Australian Sake market. The Sake sampling was a success and there was positive feedback from visitors. Many visitors who tried the Sake said they had heard of Sake but had not had an opportunity to taste it. Moreover, visitors also said that imported Sake was more delicious than they expected. Many visitors asked which bottle shops sold import Sake and a Sake A to Z, published by Japan Airlines, was also handed out during the exhibition to excite and provide useful information about Sake brewing and drinking. 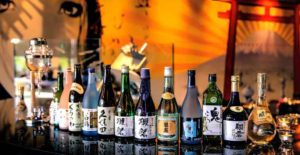 In the early days one of the main problems for exporting Sake to Australia was to overcome consumers perceptions. Sake was seen as, lets say unusual, and an acquired taste. However with people trying new and exciting Sake they are finding that the flavours are diverse and no one Sake is the same.

The food culture in Australia is to enjoy a starter and then match wine with the main course. One key marketing strategy is to have consumers understand and accept that, like wine, sake can also be enjoyed with a meal. Japanese restaurants in Australia usually do not offer customers a choice of Sakes, however this is changing, as it should, and restaurants should make an effort to educate customers about food pairings to enhance their experience and enjoyment of Sake.

In comparison to wine and beer, Sake is more expensive as it is subject to taxes and transport costs. On the other hand, because sake is a high-quality product with intrinsic health and beauty benefits such as properties to maintain beautiful skin, lower cholesterol and contains anti-aging agents, there is considerable scope in market development to focus on high-end wealthy categories.

The main key to successfully importing Sake to Australia is having a good knowledge of your domestic trends, your customers and be willing to educate them by providing advice and high quality products.

In conclusion while we are at the beginning of developing the Australian Sake market, the data supports good growth and we hope this will continue when combined with the macro factors of the Rugby World Cup, tourism and the Olympics. 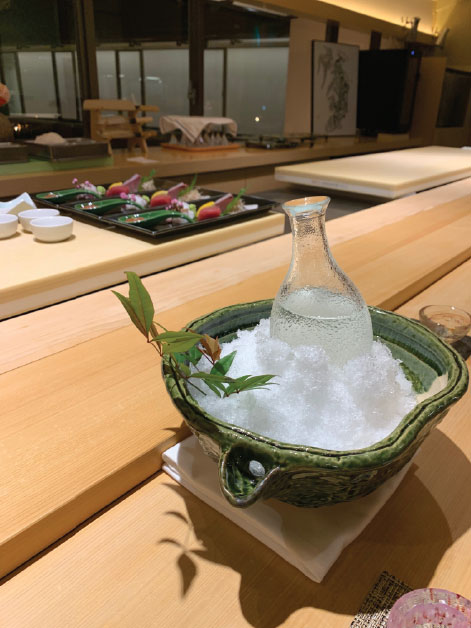